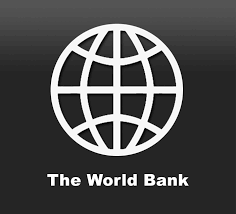 Lebanon is a small country, housing different cultures, religions and political parties, with a population of around 4.5M people. Lebanon’s diverse composition resulted in the country being a channel of socio-political freedom in times of serenity, and a catalyst worsening problems during regional and international conflicts.

Its economic growth has been substantially less than a potential of 2.5%, at 1.5% in 2015. Fiscal policy has been unproductive and inefficient, with the Syrian crisis exacerbating fiscal costs by an estimated $2.6B ($1.1B in lost revenues and $1.5B in increased expenditures) over the period 2012-2014. Public debt has been on the rise, with debt-to-GDP ratio being the highest in the world at 148.7% at the end of 2015.

Due to the rise of the Arab Spring and the war in Syria, the World Bank Group (WBG), with the help of other international institutions, initiated a new six-year program, the Country Partnership Framework (CPF), covering fiscal years 2017 to 2022, to support the Lebanese economy that has been impaired by the political and regional mayhems. Lebanon is considered to be providing the world with a public good by accommodating the largest per capita number of refugees in the world.