The top imported goods to Lebanon were Mineral Products with a share of 28.07%, followed by 9.94% for products of the Chemical and Allied Industries and 8.64% for Machinery and Electrical Instruments.

As for exports, the top exported products from Lebanon were Pearls, Precious stones and metals with a stake of 23.96% of the total, followed by Prepared foodstuffs, beverages and tobacco grasping a share of 15.51% of total exports, and Base metals and articles of base metal with a share of 11.16% of the total.

Trade Deficit by February ($B) 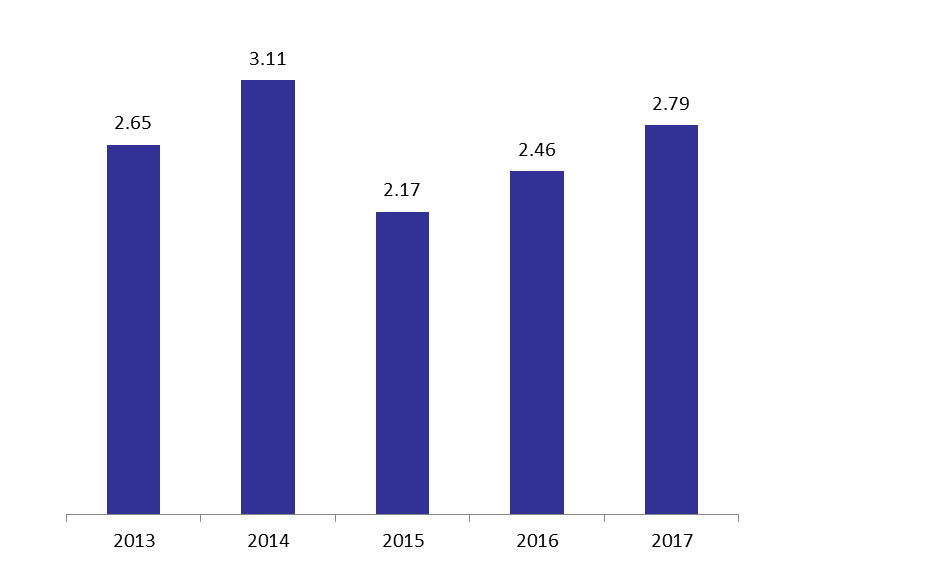