The board of directors (BoD) of BLOM Bank invites all shareholders for the annual general assembly to be held at the bank’s headquarters in Verdun, Beirut on April 11, 2018 at 12 pm. The meeting’s agenda will include the following:

In fact, the bank’s Dividend Yield, which represents the annualized return the stock pays out in the form of dividends, has recorded yearly improvements:

It is worthy to note that prior to Nov. 2017, Dividend tax was fixed at 5% for all companies listed on the BSE. After that date, the dividend tax rate was hiked to 10%. 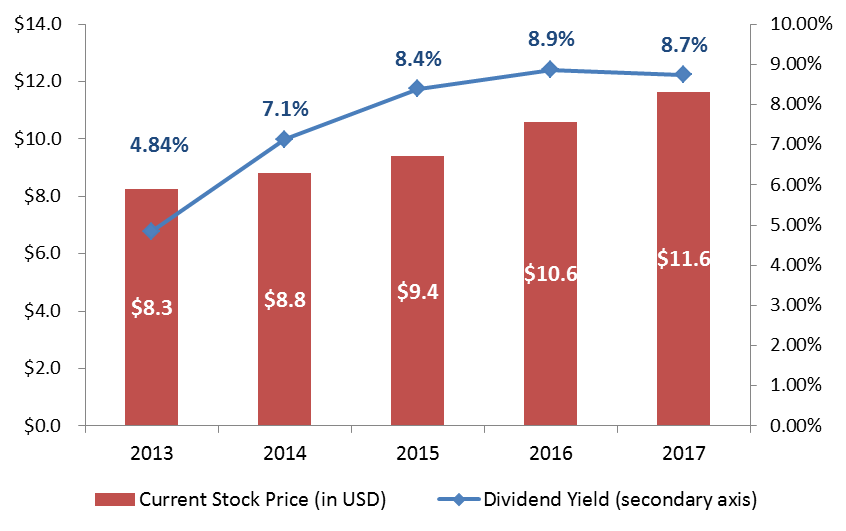