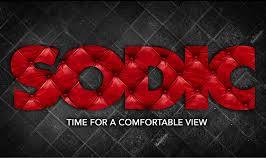 We raise our target price on SODIC to EGP 26.80 per share, maintaining an ACCUMULATE rating. Despite the challenging macro and political environment faced in 2013, SODIC’s long-term business fundamentals remained intact with the company investing EGP 650 million on execution across projects in the East and West of Cairo. Yet, we expect SODIC stock price to remain highly sensitive to any intensifying legal disputes.

SODIC’s outlook has been improving, as net sales increased 44.9% to EGP 1,965 million with cancellations remaining low at 9% of gross sales. However, its financial results have yet to confirm this as revenues dropped by 12.2% y-o-y to EGP 757 million during the past 9 months, driven by a delay in deliveries caused by political and economic instability. As for SODIC’s gross margin, it remained stable at 33%, while its profit margin decreased to 11% compared to 15% a year earlier as a result of higher income tax expense after the end of a tax-holiday. Likewise, net profit during the three quarters dropped from EGP 131 million to EGP 80 million, with 2013 earnings estimated to decline by 12% to EGP 226 million.

Blominvest initiates coverage on Global Telecom Holding with an ACCUMULATE rating and a target price of EGP 5.18 per share
Alert on Q3 2013 – Downgrading El Sewedy to REDUCE as rise in earnings doesn’t justify surge in price