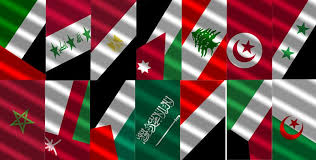 The war in Syria plays a mounting role in the destiny of neighboring economies which are already facing their own domestic challenges, while the oil exporter countries continue to perform well while taking a more active approach in their foreign and social policies. In Egypt, the quest for funds to save the collapsing finances continues while endeavors to prove credibility and ability to implement reforms are jeopardized by social unrest. Jordan walks steadily on its reform track financially watched over by the IMF and assisted by the Gulf countries but faces increased risks of spillovers from Syria. The latter continues to experience rising violence and more drastic measures are deployed by the regime to sustain the war costs. As for Lebanon, and while no financial support is yet urgent, the country is still putting off dealing with its economic problems that are being inflated by spillovers from the war in Syria and the domestic political deadlock. In the Gulf, Qatar benefits from a comfortable economy that reached full capacity in oil production and moved to stepping deeper in the region through its loaned funds to Egypt and Jordan. KSA turned to attend to its social issues while investing in the non-oil segment to boost economic growth, and the UAE growth remain positive albeit slower.