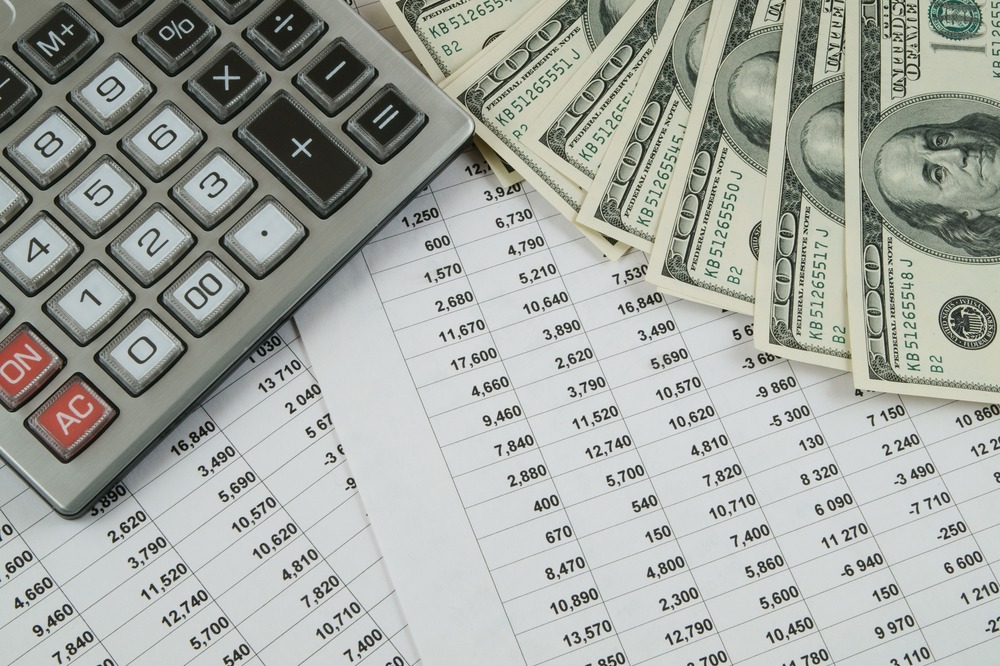 According to Lebanon’s Ministry of Finance (MoF), personnel costs decreased annually 5.5% to reach $2.54B at the official rate 1507.5.

Interesting to note that the large drop of the end of service indemnities can be explained by the fact that employees are not encouraged to get payed the end of service due to the devaluation of Lebanese lira, as they are waiting for a potential salary correction in the near future.

In details, payments for the sub-account of “salaries, wages, and related benefits” constituted 39% of the primary spending breakdown, and dropped by to reach $1.54B by May 2021. This decline was mainly attributed to the decrease of all sub-components. “Allowances” contracted by 36.3% as those paid to the Army and the Internal Security Forces decreased by $66.99M and $23.22M, respectively. Moreover, “salaries and wages” slightly increased by 0.4%, whereas “employment benefits” declined by (17.3%), $9.95M.

Overall, personnel costs represented 74.3% of current primary expenditures and 54% of total expenditures by May 2021, compared to 70.7% and 46.5% by May 2020. The key reason for this significant change in the share of personnel cost lies in substantial changes in the expenditure base registering a considerable y-o-y drops of 18.6% during Jan-May 2021 compared to 15.7 Jan-May 2020. Interesting to note that there are discussions related to supplementing monthly salaries of public sector by half a salary each month (apart from the basic) for the coming year, in order to boost public employees’ purchasing power. If approved, this could increase personnel cost by LBP 350B each month. 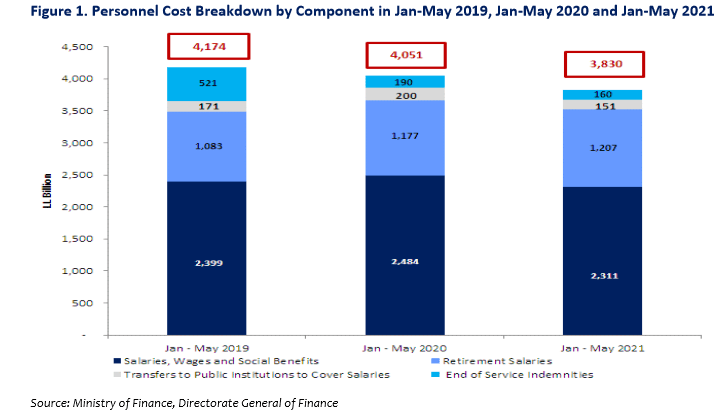