The Financial Results of the Three Largest Lebanese Banks in 2013 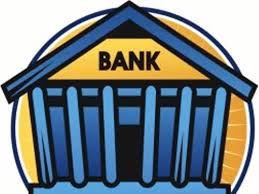 The banking sector continued to put in a strong performance during 2013 despite the slowdown of economic growth in Lebanon and the instability in countries where Lebanese banks are present. Although BLOM Lebanon PMI showed a contraction of private sector’s economic activity in the second half of the year, the three largest Lebanese banks succeeded in increasing their loans portfolios and their deposits, while maintaining high level of profits. This performance was reflected through the un-audited 2013 financial results of the three largest banks, BLOM Bank, Audi Bank and Byblos Bank, as their consolidated profits recorded $815 million despite having taken large amounts of net provisions to face any deterioration in the credit and investment conditions.

In this context, BLOM bank ranked at the top regarding profits and was the only one among the three largest banks to have registered an increase (5%) in net income that hit $353 million in 2013. Audi Bank came second with a decline of 15% of profits to $305 million, while Byblos came third with a profit level of $157 million, an annual decline of 6% on 2012…