Impact of the Russian-Ukrainian war on food prices 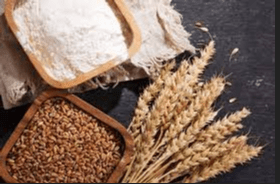 On February 24, Russia, one of the world’s leading commodity producers and exporters, sought to conquer its neighbor Ukraine, a sovereign country in Eastern Europe. Consequently, two of the world’s biggest grain exporters are now at war, leading to global food insecurity. A recent report by Moody’s talks about the challenges faced globally due to the war between Russia and Ukraine and how it has impacted food supply and inflation rates. In this note, we will briefly discuss this report (see “High food prices will exacerbate macroeconomic challenges, raise social risks; Middle East & Africa most exposed” Moody’s Investors service, 9 March 2022).

Russia and Ukraine have jointly combined 26% of global wheat and meslin exports in 2020; in addition, Russia and Belarus accounted for 37% of the global supply of potash. However, and as a result of the war, Belarus faces European and US sanctions restricting its exports, and, food supplies from Russia and Ukraine were disrupted. A drop in food supply has led to inflationary pressures and prices for agricultural commodities such as wheat, sunflower oil and corn have risen all around the world.

In fact, food prices have witnessed a record high in February 2022 since the Russians’ military invasion on Ukraine; resulting in negative implications on consumption, government finances and the balance of payment in many low and middle-income countries. While all emerging and frontier countries are exposed given a generally large proportion of food in household consumption relative to advanced economies, the Middle East and Africa are the most exposed regions globally. In these regions, rising prices and food insecurity are linked to increased social and political instability and slow plans by several governments to reform subsidies.

We will now analyze the impact related to the disruption of food supplies from Russia and Ukraine on the following regions: Middle East, North Africa (MENA) and parts of Sub-Saharan Africa (SSA). These regions are particularly more vulnerable to severe weather events due to a shortage of water, which leaves them dependent on imports and vulnerable to food insecurity. The MENA region is the most water-scarce in the world, since it possesses less than 1% of the world’s total renewable internal freshwater resources; this issue is also evident across a number of SSA sovereigns such as South Africa. Therefore, exposure to weather-related shocks and physical climate risks exacerbates these pressures and endangers agricultural output volatility, as underscored by ongoing severe droughts in Angola, Morocco and across the horn of Africa. Import dependency for cereal grain and other food commodities is therefore very high across these two regions.

Higher food prices will weigh on the balance of payments, inflation and government finances, exacerbating macroeconomic challenges and external and fiscal imbalances. Food accounts to 19% of goods import in MENA (excluding high-income countries) and 14% in SSA. Egypt, for example, is the world’s largest importer of wheat; in fact, it contributed to 86% of wheat import from Russia and Ukraine in 2020. In the same year, Russia and Ukraine accounted for the quasi-totality of Lebanon’s wheat imports (see table below), and for significant proportions of Tunisia’s, Jordan’s, Morocco’s and Ethiopia’s wheat imports. Outside of the MENA and SSA regions, Bangladesh, Indonisia and Turkey also stand out as large wheat importers from Russia and Ukraine. Given relatively low per capita incomes, food represents a high share of most MENA/ SSA countries’ household spending and consumer price baskets. Wheat and other grain prices have risen sharply since the Russian invasion began; leading to an annual food price inflation of 31.6% in Angola, 28.3% in Ethiopia and 300.3% in Lebanon (the economic crisis in Lebanon and the depreciation of the local currency- alone resulted in an inflation rate of more than 200% even before the war between Russia and Ukraine).

In conclusion, the war between Russia and Ukraine has led to extreme inflationary pressures and increase budgetary burden of food subsidies. In fact, rising prices and food instability is likely to increase social and political risks. Countries with high food import dependency, weak governance frameworks, and with already negative exposure to social risks are most likely to be under the current shock. The socio-political consequences of food insecurity are likely to slow plans by several governments across North Africa, including Algeria and Egypt, to reform food subsidies and reduce price support for staple items. Needless to say, it will also deepen the Lebanese financial and economic crisis.

Impact of the disruption of food supply from Ukraine and Russia on Lebanon:

Daily Capital Markets’ Performance
Lebanon Ran Trade Deficit of $9.18B in 2021 despite high cost of dollar