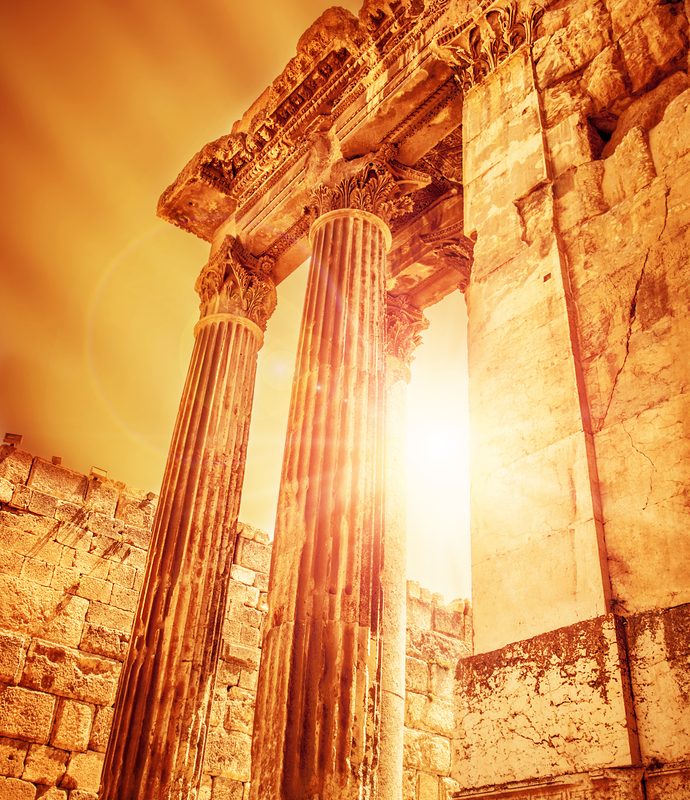 Despite high hopes, 2013 failed to show recovery signs taking the economy into deeper pits. On one side, the magnitude of the Syrian war and its spillovers on the Lebanese economy became more pronounced and noticeable. On the other side, the political deadlock and the recurrence of instability developments aggravated the situation and took the economy into lower levels, the worst since several years.

The following report will wrap up the 2013’s economic performance by dissecting each of its sectors’ activity and yearly outcomes. The main findings of the report are:

In the Real Sector, economic growth in 2013 reached its lowest base since 1999 at 1.0% following 2012’s slowdown of 1.5%. The slight growth rate was mainly due to the public sector as 2013 saw the deterioration in business conditions of the private sector. This was confirmed by the level of BLOM’s Purchasing Manager’s Index (PMI) that remained below 50 from June till the end of 2013.

In fact, consumers’ demand was seen dwindling over the year. This was clearly reflected in the Consumer Confidence Index (CCI) that dipped from 108 points in 2012 to 66 points by the end of 2013. Yet, Syrian refuges partly compensated the Lebanese loss of appetite. The increasing number of Syrian refugees’ boosted demand for first necessity products thus enhanced the level of imports. However, the overall impact remained negative as revealed by the different economic sectors that failed to end the year in the green.

Tourism was the biggest victim of 2013’s economic downfall. Tourists avoided Lebanon fearing the ongoing security instabilities that kept on slashing the country. Tourists’ number tumbled to a 6-Year low and settled at 1.27M. This was mainly due to the lower number of Arab visitors, especially from the GCC countries that issued travel-warnings against Lebanon.

In an attempt to boost tourism, Lebanon promoted campaigns such as the “50% for 50 Days” in addition to slashing airfares and hotel rates. Yet, the dismal state of the country naturally resulted in lower tourist spending, which fell 9% compared to 2012 and a worsening occupancy rate in Beirut hotels, which lost 3 percentage points (p.p) in 2013 to 51%, ranking among the bottom 3 countries in the MENA region, and faring only better than Cairo and Manama.

When it comes to Real Estate, developers faced several challenges in 2013: the local and regional turbulences, the scarcity in land, volatility in workforce availability, lower demand from the GCC residents who switched to more secure areas, financial sustainability concerns, legal and logistic delays in delivery, and construction material price sensitivity.

On the demand side, Lebanese properties seemed less appealing in 2013. The number of transactions slid 7.2%, while total value of property sales transactions retreated by 2.6% y-o-y to reach $8.71B by December 2013. Thus, the number of transactions edged down at a faster pace than transactions’ value sending the average value of a real estate transaction higher to $125,841 compared to $119,838 in 2012. Sales to foreigners also registered a sharp decrease of 9.0% in the volume of sales as they were also impacted by the repeated warnings of GCC governments calling their citizens to avoid Lebanon due to the high degree of political uncertainty and security developments.The number of issued construction permits during 2013 reflected an 8.1% considerable yearly decrease. However, the Construction area Authorized by Permit (CAP) plummeted by 12.8% in 2013 to 12.82M sqm following a 10.8% yearly fall in 2012. Accordingly, the average area per permit has decreased by 5.1% to 765.40 sqm/permit in 2013 compared to 806.78 sqm/permit recorded a year earlier. This would mainly imply the spreading of projects over lower sized investments, and the shift of supply to serve a more selective demand. However, and despite the economic slowdown and the complications on the Syrian front that weakened investors’ confidence in 2013, property prices remained resilient in Lebanon. Beirut residential streets revealed variation in the prices of sqms depending on the location. Prices averaged $3250-$3,500 per sqm hitting $7,500 at the sea front. This could be partly due to the Syrian crisis that has cast a multitude of consequences on the Lebanese real estate sector, as citizens fleeing their country were looking for purchases or rents thus helping to maintain prices.

Separately, the Syrian war propagated positive flows to the Agricultural Sector that revealed shy signs of recovery in 2013. Although exports through the Syrian border were hit by the 3-Year war, numerous Lebanese farmers profited from the Syrian misfortune: some importing markets of Syrian agricultural products shifted their demand to neighboring countries, such as Lebanon. Hence, Lebanese agricultural exports almost constituted 0.5% of 2013’s estimated GDP and 5.5% of the year’s total exports that reached 638,369 tons worth $215.70M. This was 17.0% higher than 2012’s level of 545,639 tons worth $171.24M. However, and despite the improving standing of exports in 2013, the country still suffered an ongoing structural deficit on its trade balance of agricultural products that stood at $707.09M, widening from 2012’s deficit of $696.38M. Back to the Lebanese market, domestic consumption of agricultural products was estimated around $1.62B in 2013. Accordingly, almost 88.2% of total agricultural consumption was intended to the local market.

On the Industrial front, activity was partly boosted by the increasing Syrian demand in 2013 and the constantly changing taste and preferences of the Lebanese consumers that are more westernized than most of their regional peers. First, the influx of Syrian immigrants to Lebanon partially limited labor costs in light of the new unregulated abundant low-cost supply. Second, some industries found a new market in the swift of demand from Syria and benefited from shortages of supply and halts of production to compensate for Syria’s regular imports and/or exports. Accordingly, industrial exports reached $3.08B by the end of 2013 up from $2.95B in 2012 and $3.33B in 2011.

Lastly, and given its substantial indirect contribution to the Lebanese economy, the country realized during the past 5 years some major improvements on many Information and Communication Technology (ICT) as it is starting from a low base. But, it still has a long way to go in order to be placed with developed countries or even to catch up with many Arab countries. Mobile penetration surged from 35% in 2008 to more than 80% in 2013. However, Lebanon still has several problems when it comes to the quality of the services provided.

Externally, trade deficit broadened at a faster pace in 2013 sending the country’s Balance of Payments (BoP) towards another deficit. Yet, the partially improving capital inflows managed to tighten the negative BoP’s over the year. In 2013, the BoP recorded a deficit of $1.13B while the trade deficit increased by $600M and tourists’ number tumbled by 7%. Therefore the deterioration in the current account balance in 2013 was mainly behind the negative BoP, while capital inflows are estimated to have stabilized. On the Foreign Direct Investments (FDI) front, and as political and economic instability weakened investor’s appetite, inflows of FDIs to Lebanon are expected to have dropped between 23% and 32% in 2013. According to UNCTAD, FDIs to Lebanon plunged to $2.83B in 2013 or 6% of FDI inflows into West Asia, down from $3.67B or 8% of FDI inflows into West Asia in 2012. However, they are still highly focused on the real estate market, which has suffered from a significant decrease in demand stemming from GCC countries. Moreover, FDI inflows to Lebanon represented 21.6% of gross fixed capital formation in 2013, down from 29.2% in 2012.

Distinctly, Public Finance management was up against two major challenges: the Pay scale issue and the influx of Syrian refugees. The latter had a large impact on infrastructure and put an upward pressure on education, health, and social spending. As for the pay scale issue, it was still not clear what will be the exact cost and when it will be approved by the parliament. Total fiscal deficit grew by 8% or $294.53M to reach $4.22B in 2013 taking its share in the GDP from 9.1% in 2012 to 9.3% in 2013. In parallel, deficit in the primary balance also increased from $110.12M in 2012 or 0.3% of GDP to $239.47M in 2013 or 0.5% of GDP. 2013 was the first year where the government had a primary deficit in its budget. The deteriorating public finances came about as the share of total revenues in GDP fell by more than 1 pp from 21.9% in 2012 to 20.8% in 2013 while the share of total expenditures decreased by only 0.8 pp from 31.0% in 2012 to 30.2% in 2013. The ever-growing deficit inflated the debt/GDP ratio, already one of the highest in the world, from 134.3% in 2012 to 140.5% in 2013. As a result, the ratio reversed trend following six years of decline. Investors were worried that reigning in the fiscal deficit and public debt does not seem at the forefront of government interests. Political and security issues were overshadowing economic problems. According to the Ministry of Finance, the Lebanese gross public debt reached $63.46B in 2013, 10% higher than 2012. The Net Public Debt, which excludes the public sector deposits at the Commercial banks and BdL, stood at $53.25B in 2013, increasing by an annual 8.4%.

2013 was also a challenging year for Monetary Authorities as it marked the third year of economic slowdown in Lebanon. Banque du Liban (BDL)’s policy remained true to the objectives it has set upon itself: boosting economic growth, preserving exchange rate stability and maintaining the soundness of the financial system. In the face of a rough economic climate, the BDL sought to boost economic growth through a $1.46B package. The Central Bank also addressed the untapped sources of economic growth, providing interest free credit facilities for banks wishing to participate in the equity capital of startups, accelerators and venture capital firms. Additionally, the Central Bank managed to maintain exchange rate stability throughout the year despite a negative balance of payments. Thus, the Lebanese pound’s peg to the US Dollar remained around s stable midpoint parity of 1,507.5. Even if Lebanese interest rates are governed by the internal circumstances of the country, 2013 witnessed minor yearly changes. The Central Bank maintained the coupon rates on all Treasury Bills in 2013 except for 3-month maturity that slightly posted a 1 basis point uptick to 4.39%. The average maturity of the government debt securities extended from 1,105 days in 2012 to 1,274 days in 2013, while slightly pushing down the weighted average yield from 6.83% in December 2011 to 6.54% in December 2012. Given the low interest rate environment and in spite of the tough economic backdrop, broad money M3 grew by 7% to reach $111.16B and M5 which includes non-resident deposits advanced by 9% totaling $139.64B. In fact, the banking system has proved to be resilient in the face of internal and external hurdles, supported by a loyal depositor base. Over the past year, LBP and USD denominated deposits grew by 5% and 11% to $46.13B and $90.08B, respectively. The widespread Lebanese diaspora and depositors in Arab markets fleeing the unstable environment were the main factors behind the upturn in deposits. The robustness of the banking sector is also corroborated by the 10% annual increase in claims on the private sector from $39.6B in 2012 to $43.75B in 2013.

Similarly, Lebanon’s political stalemate, security uprisings and external headwinds from the Syrian war kept on clouding the Eurobonds market performance in 2013. Besides local and regional developments, the international bearish trend driven by the US Treasuries also impacted safe assets’ trading in Lebanon. Hence, the BLOM Bond Index (BBI) mirrored the market’s negative performance and shed 3.13% y-o-y compared to the 1.79% yearly loss recorded in 2012. The BBI moved in seesaws over the year, hovering between a lower band of 102 points and a higher band of 111 points to end the year near the middle band at 105.64 points.

For the full report, please click on the link below:

MENA Review and Quarterly Outlook: Q3 2014
Trade on the BSE Occured at a Volume of 361,787 Shares on Wednesday