Home » MENA in a Glimpse » Qatar: Tarnished by Cheap Oil 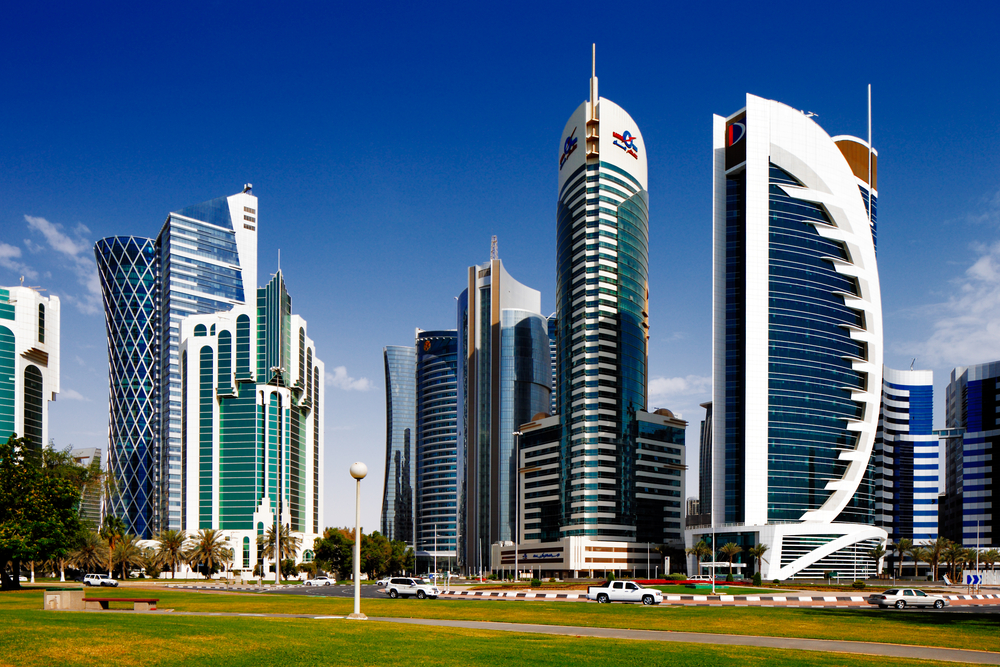 As part of a defense agreement signed in 2014, Turkey will establish a military base in Qatar. 3,000 ground troops would be stationed at the base as well as air and naval units, military trainers and special operations forces. The two countries have provided support for the Muslim Brotherhood in Egypt, backed rebels fighting to overthrow Syrian President Bashar al-Assad and raised the alarm about creeping Iranian influence in the region. 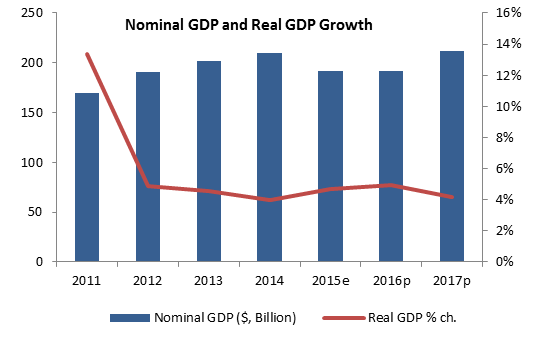 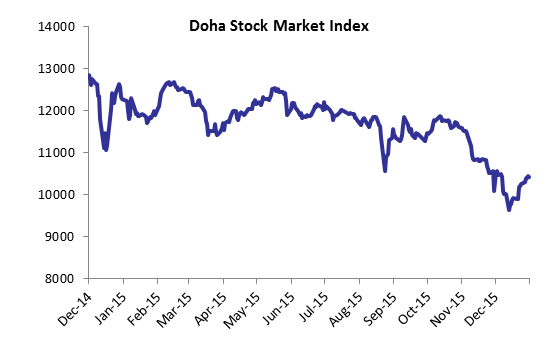 Qatar’s real GDP growth for the third quarter (Q3) of 2015, stood at 3.8% year-on-year (y-o-y), thrust by the non-hydrocarbon sector. The Real Gross Value Added (GVA) of the non-mining and quarrying sector, with a 50.14% share of GDP, grew by 7.8%. This was mainly due to the increases seen in construction, social services, and financial sectors. A new $1B sewage treatment plant has been built processing up to 245,000 cubic meters of sewage per day. This plant, which began running in December 2015, produces high-quality reclaimed water for reuse in irrigation purposes. Meanwhile, real GVA of the mining and quarrying sector, with a 49.86% share of GDP, showed a 0.1% yearly rise. Worth mentioning that the Qatari state oil company, Qatar Petroleum has reached a deal with Chevron to acquire 30% of its stake in offshore drilling areas in Morocco.

On the suppliers’ side, the Producer Price Index (PPI), measuring the average selling prices domestic producers receive for their output, plummeted by 36.2% y-o-y in October, primarily due to the sharp decline in prices of crude oil and natural gas during 2015. The price of the Qatari Land Crude Oil (QLCO) and that of the Qatari Marine Crude Oil (QMCO) shed 44.4% and 46.9% y-o-y to $42.4/barrel and $39.5/barrel end of November 2015. Therefore, the “Mining” group, which represents 72.67% of the PPI plunged by 38.7%. The PPI “Manufacturing” subcomponent also showed yearly decline of 30.8%, while “Electricity and water” sub-index went down by 7.2%.

On the fiscal front, 2016 is expected to be marked by the first budget deficit in 15 years. After harmonizing the fiscal year with the calendar year starting January 2016, the ministry of finance projected the budget deficit to stand at $12.77B in 2016 compared with a surplus of $2B in 2015, mainly due to a decline in revenues. Revenues are expected to decline by 30.88% y-o-y to $42.86B, resulting from a 26.15% expected drop in the price of oil to $48lbarrel. Expenditures are also forecasted to decrease by 7.28% to $55.63B. The budget demonstrates the government’s keenness to continue the implementation of its sustainable development program which mainly targets projects in health, education, and infrastructure, in addition to projects related to the hosting of the World Cup in 2022. Worth noting that the government of Qatar will take a $5.5B loan, arranged by Bank of Tokyo-Mitsubishi UFJ, Mizuho, SMBC, Deutsche Bank, Barclays and Qatar National Bank.

Looking at the monetary sector, total assets at commercial banks grew by 9.26% since end of 2014 to $301.60B, by November 2015. Private sector credit broadened by 18.60% to $115B, while that of the public sector inched up 0.88% since year start to $64.73B by November. Total deposits posted a 5.47% growth to $174.16B, due to the 7.46% and 33.45% increases in resident and non-resident private sector deposits that offset the 3.27% drop in public sector deposits. The governor of Qatar’s Central Bank stated that if necessary, authorities will use fiscal and money market operations to avert low oil and gas prices from causing a liquidity crunch in the banking sector. The oil and gas revenues plummet over the year and the borrowing of the Qatari government to fund an emerging budget deficit have caused money market rates to rise sharply. The 3-month Qatari interbank rate went up from 0.94% in November 2014 to 1.71% in November 2015. Thus the central bank stated that it will continue to actively manage liquidity to ensure a stable interest rate environment.