Home » MENA in a Glimpse » The UAE: Struggling to Generate Growth in a Low Oil Prices Environment

The UAE: Struggling to Generate Growth in a Low Oil Prices Environment 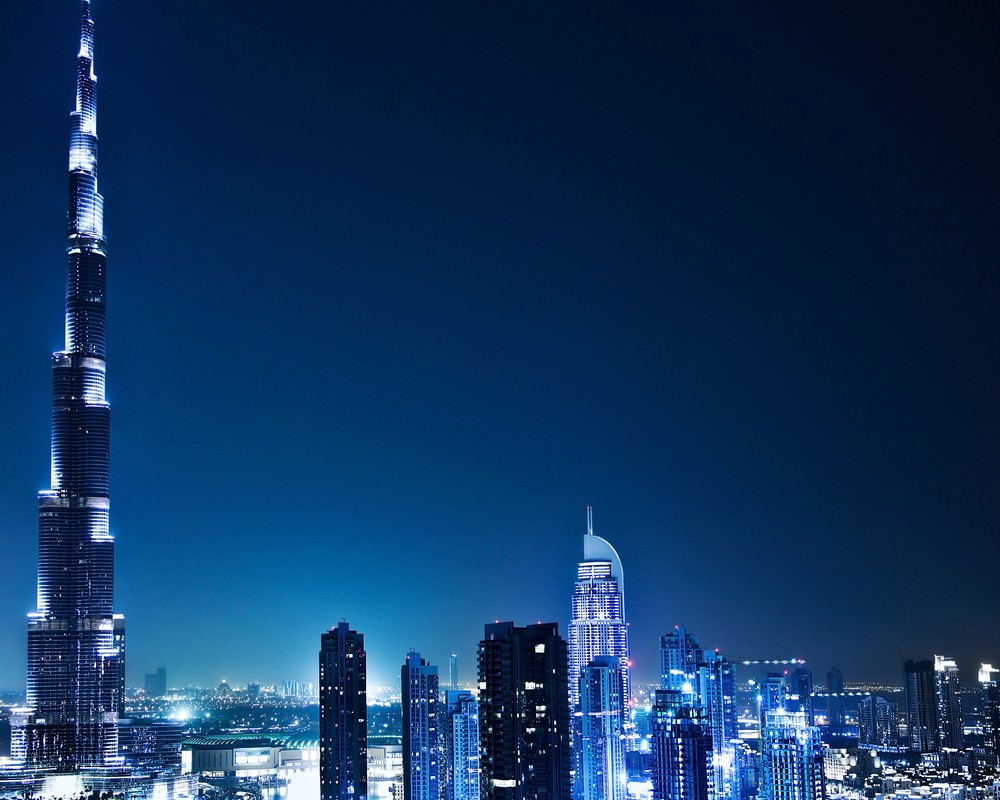 The United Arab Emirates (UAE) remained focused on its strategic goals in spite of the regional tensions. The government is trying to build a balance between its revenues and expenditures to offset the drop in oil prices. However, the country’s standing as a global commercial, aviation and shipping hub as well as tourism destination has helped to diversify the structure of the UAE’s economy away from oil dependency. Major developers, including Emaar and Nakheel, did not shy away from launching projects in residential, as well as hospitality sectors, showcasing their confidence in the market’s future. A number of infrastructure projects related to Expo 2020 are slated for initiation this year and will likely result in a lot of land resources and capital changing hands in the coming months. Also, the country has increased the size of its joint investment fund with each of China and India. On the other hand, major projects are being scaled down or put on hold mostly due to shrinking revenues as it has been announced that the development of phase 2 of the rail network connecting Abu Dhabi, Dubai and onwards to Oman has been suspended. 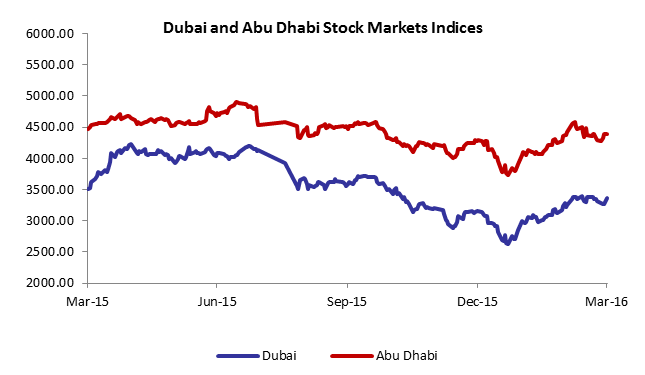 Concerning consumer prices, inflation rate in Dubai reached 1.67% in Q1 2016, compared to a higher level of 4.42% in Q1 2015, while Abu Dhabi’s inflation recorded 3.30% in the first two months of 2016, compared to a slightly higher level of 3.40% over the same period in 2015. This resulted from the respective 4.2% and 8.2% yearly increases in Dubai and Abu Dhabi’s “Housing and utility” prices. In fact, Abu Dhabi implemented in January 2016 higher rates for the consumption of water and electricity consumption, noting that water prices alone were increased by 6.6% (y-o-y).

As for tourism, Dubai is currently undertaking a massive expansion program for both its airports – Dubai International and Al Maktoum – to accommodate increasing demand. The renovated Al Maktoum International Airport will be able to handle up to 26.5 million passengers per year by 2025 with eventual annual capacity reaching 220 million passengers upon completion. As for Dubai International Airport (DXB), it maintained its title as the world’s busiest airport registering a 6.5% yearly rise by February 2016, to 13.70M passengers. Meanwhile, the hospitality industry slowed down in 2016 as reflected by occupancy rates in the Emirati 4-and 5-stars hotels. In fact, Dubai’s hotel occupancy rate ticked down by 1 percentage point (p.p.) to 86% in Q1 2016, while that of Abu Dhabi slipped by 2 p.p. to 82% over the same period. Also, each of Dubai’s average room rate (AVR) and revenue per available room (RevPar) dropped by 7.7% and 9.1% y-o-y to $292 and $255, respectively. In Abu Dhabi, the AVR fell 19.1% y-o-y to $143, while the RevPar lost 21.1% to $119. This large drop is probably due to the absence of large trade fairs this year, in addition to the decline in the number and duration of stay of tourists from oil exporting countries especially from Russia. Also, tourists with a limited budget are not using all hotels facilities and restaurants.

In the same way, the drastic drop in oil prices is still exerting more pressure on the country’s external front. According to the Institute of International Finance (IIF), UAE’s current account deficit (including services, income and transfers) is expected to widen for the second year in a row to $21.1B by the end of 2016. This could be mainly attributed to the 35% estimated annual tightening of UAE’s trade surplus from $66.6B in 2015 to $43.3B in 2016. Even though total imports are projected to steady at $224.9B, trade surplus will most likely contract due to the projected 8.08% yearly decrease in overall exports (hydrocarbons and non-hydrocarbons). In details, hydrocarbon exports (16.42% of total exports) are expected to drop to $44B in 2016, while non-hydrocarbon exports (83.58% of total exports) are forecasted to register an annual 3.06% decline to $224.1B.

Likewise, the fiscal performance of the Emirates indicated more weaknesses in Q1 2016. As a result, the Institute of International Finance (IIF) forecasted that the consolidated fiscal primary balance (excluding net lending) will register a deficit of $56.2B (4.4% of GDP) by the end of 2016, up from a lower deficit of $29B (2.2% of GDP) estimated for 2015. In details, total consolidated revenues are expected to shrink by 14% to $350.7B in 2016, mainly due to the contraction in hydrocarbon revenues by 30% from $216.7B (53% of total revenues) in 2015 to $161.7B (46.1% of total revenues) in 2016. As for non-hydrocarbon income, they are projected to edge down by 2% y-o-y to $189B at year end. The consolidated government expenditures (excluding net lending) are projected to fall by an annual 7.00% to $406.9B in 2016, down from a higher level of $437.5B registered the previous year. This was established as the UAE’s recent budget, for the first time in decades, saw cutbacks in expenditure , subsidy reforms and plans to diversify the revenue base, indicating that the government is gearing up to cope with the recent downturn in oil markets.

Real Estate Stocks Fell Below the $10-Mark Today
Jordan: Problematic Start to 2016 May Indicate a Tough Year Ahead