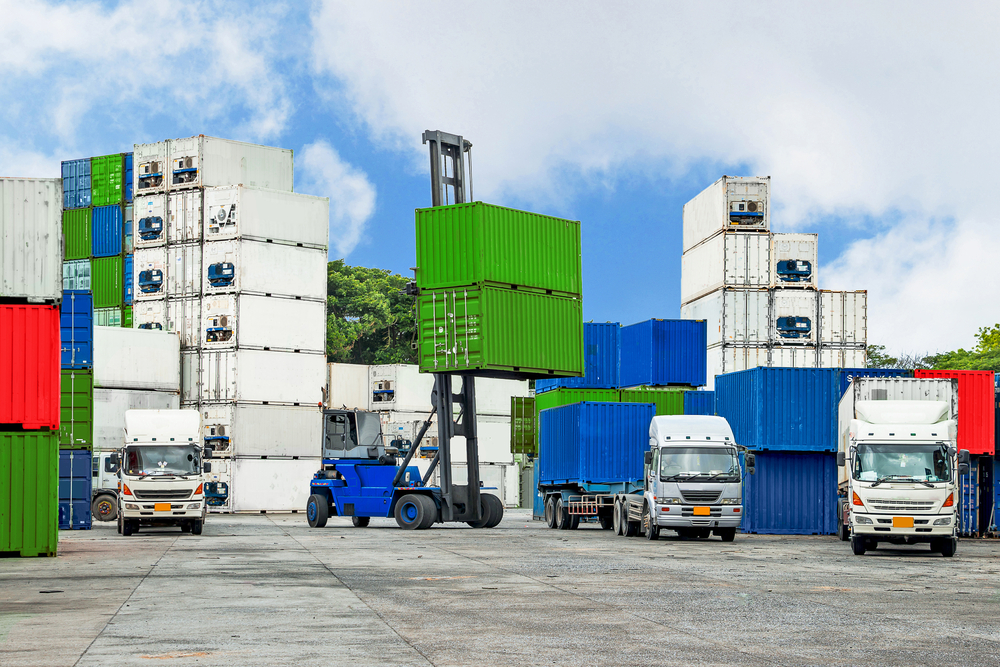 According to the Lebanese Ministry of Industry, the value of total industrial exports in the first ten months of 2017 contracted by 3.2% year-on-year (y-o-y), to settle at $2.05B by October 2017. Meanwhile, total industrial imports gained a yearly 9.6% to hit $216.6M over the same period.

On a monthly basis, the value of total industrial exports in October 2017 registered an annual uptick of 3% to reach $226.7M. As such, the main exported products during the month entailed Prepared foodstuffs and tobacco exports which climbed by 16.1% to $46.86M. In turn, Machinery and electrical equipment slipped by 6.7% y-o-y, to $43.76M. Products of the chemical industries was October’s top loser, as it declined by an annual 21.2% to reach $32.1M.

In October 2017, the Arab countries constituted the main market for Lebanon’s industrial exports. Particularly, Syria, Iraq, and Saudi Arabia were the major importers, grasping shares of 10.1%, 8.7%, and 8.3%, respectively of the total export value.

As for total industrial imports in October 2017, they rose by an annual 54.5% to stand at $22.4M. In details, the imports of Machinery and Industrial Equipment for food industries were the largest, totaling $3.2M, of which $929,000 was imported by China. Machines for rubber and plastics industry followed, amounting to $1.5M, of which $547,000 were imported similarly from China.

Yearly Comparison of the Main Industrial Exports in October 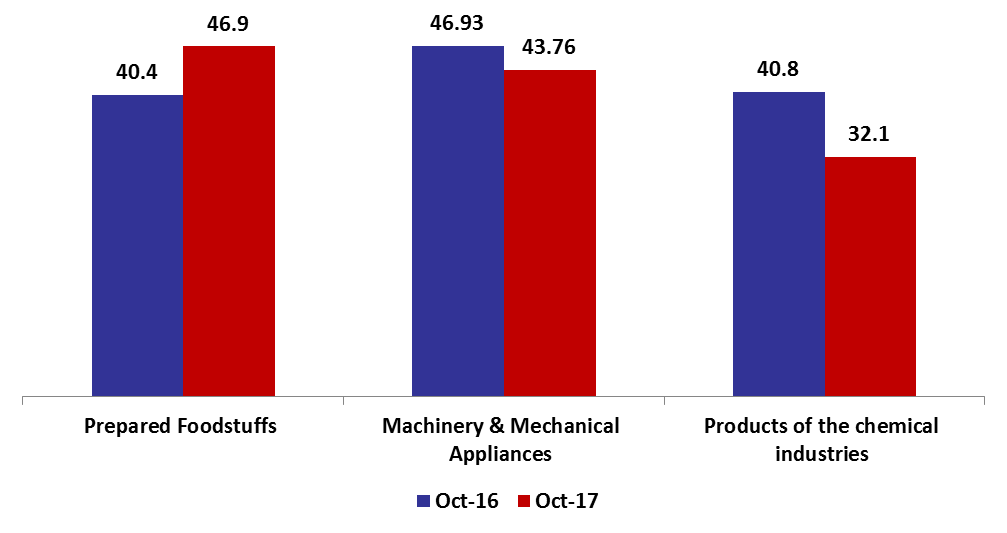 Source: Ministry of Industry in Lebanon