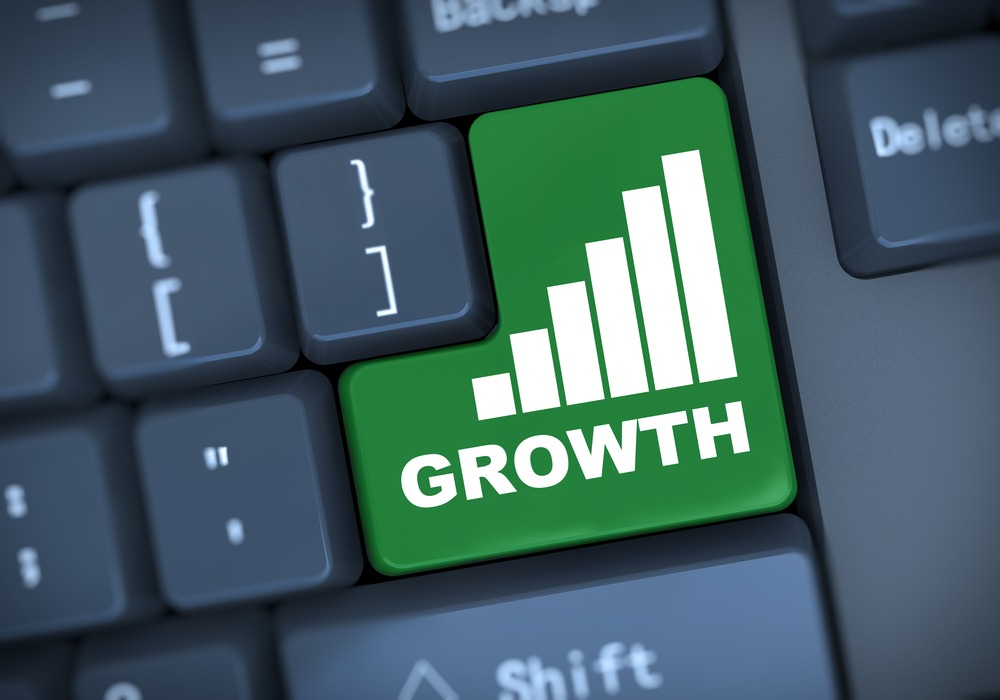 For the first time, CAS provides estimates of the Gross Domestic Product (GDP) on a quarterly basis. According to the recently published report, the sources and methods used to estimate quarterly GDP are very similar to those used for the former annual system. In fact, the benchmark estimates, based on Supply Use Table (SUT), are extrapolated in a systematic way using quarterly indicators of value and volume. Therefore, the annual estimates are obtained by summing the four quarterly estimates in each year. The difference is that annual data sources may not be available for some months after the end of the year. Worth mentioning, that since Lebanon is considered a small economy, growth can be faster and contraction more severe leading to volatile quarterly statistics that should be used with cautious.

The GDP is calculated based on the production approach. Gross Value added (GVA) is estimated for each activity both at current prices and at previous year’s prices. GVA is defined (at both current and previous year’s prices) as the difference between total output (TO) and intermediate consumption (IC).

The report reveals that for the year ending in June 2019, the GDP of Lebanon is estimated at $54.66B. In terms of value, this is 0.2% lower than in the year ending June 2018. In volume terms the GDP dropped by 3.7%, after inflation of 3.6% was taken out. As for the GVA, the volume of “Construction” taking place during 12months period ending June 2019 witnessed the highest annual drop by 16% followed by “Business Services” decreasing by 10%. 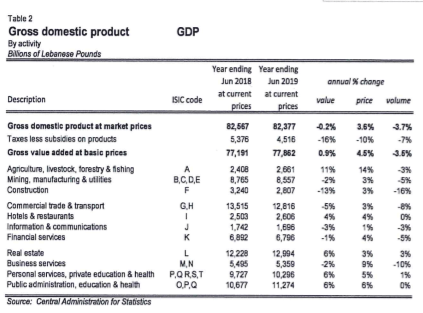 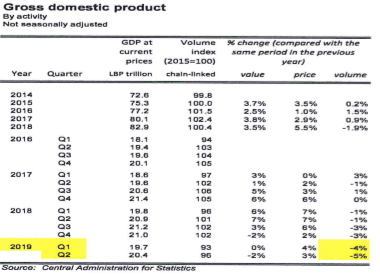