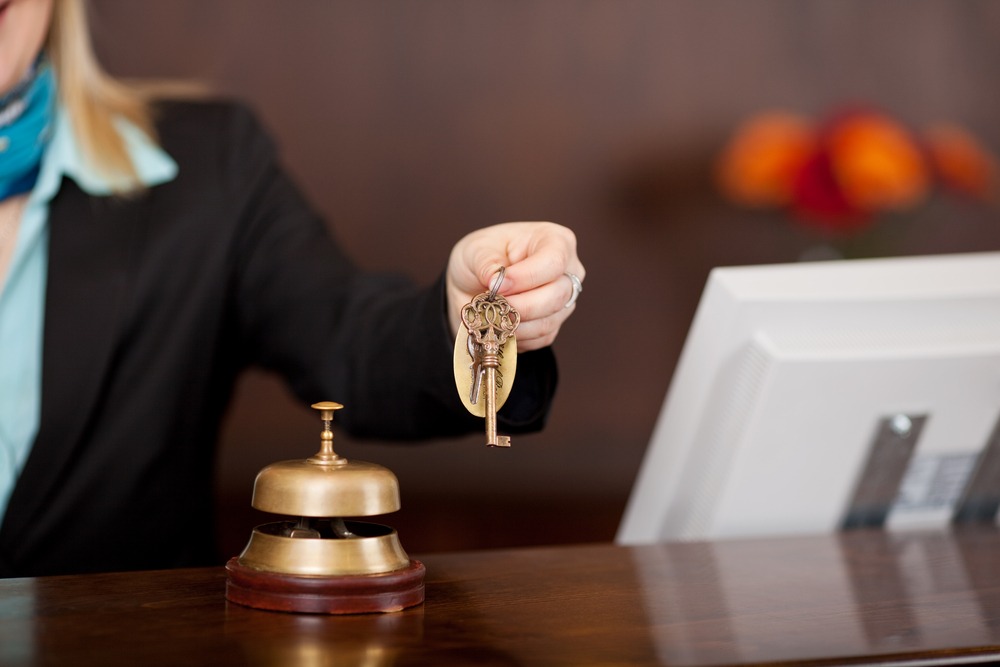 According to Ernst & Young Middle East hotel benchmark survey, the occupancy rate in Beirut’s 4- and 5-star hotels slipped to an all-time low of 13% by August 2020, down from last year’s registered 72% during the same period.

In details, we can attribute the low hotel occupancy rate to several reasons. Starting with the global pandemic Covid-19 that have affected all the world, followed by the blast that hit Beirut port on August 4, 2020, ending by the financial crisis and political deadlock in Lebanon. As a result, the number of arrival to Beirut airport recorded a reduction by 76,80% by August 2020, compared to the same period last year, which affected negatively the hospitality sector.

In details, Beirut’s occupancy rates suffered the most in the region, and so did the Average room rate and Rooms yield which slumped from $205 and $147 by August 2019, to unprecedented lows of $159 and $21 by August 2020, respectively. It’s worth mentioning that with the absence of Arab tourists that historically composed the bulk of tourists in Lebanon, and with no expectation for their returns any time soon, due to political issues, the hospitality sector is not expected to improve for the upcoming months.

On a regional level, the occupancy rates in Dubai overall fell by 36.4 percentage points (pp) year-to-date (YTD) to 37%. By the same token, the Average room rate and Room yields fell by 11.8pp and 55.4 pp to stand at $197 and $73, respectively by August 2020. Further, the slump in Dubai’s hospitality sector is partly attributed to the COVID-19 disruptions.

In its turn Makkah, in KSA, witnessed notable drops across the board. The city’s hotel occupancy rate decreased by 34.8 pp YTD to 36% by August. 2020. Accordingly, the Average room rate and Rooms yield fell by 45.5 pp and 72.2 pp to $104 and $38, respectively, over the same period. In fact, Makkah’s hospitality sector witnessed a severe downturn during the Hajj season due to entry restrictions for pilgrims to the Holy Mosque.

Meanwhile, “Ras Al Khaima” (RAK), in UAE, witnessed a strong upturn in the month of August with increases in Average room rate and rooms yields, by 60.5% and 15.3% to stand at $202 and 104$, respectively. Nevertheless, the occupancy room rate recorded a decline by 20.3 pp year-to-date to 52%.The August performance can be tightly linked to the internationally applauded safeguard measures put in place, the re-opening of the ‘JaisAdventure Peak’ and several initiatives such as the ongoing ‘Shortcation’ campaign. 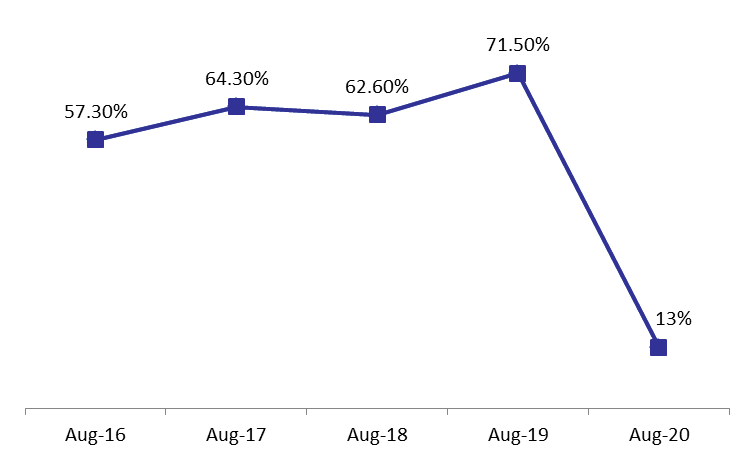