According to Ernst & Young Middle East hotel benchmark survey, the occupancy rate in Beirut’s 4- and 5-star hotels slipped to 24% by February 2021, down from last year’s registered 38% during the same period.

On a monthly performance, Beirut occupancy rate recorded a downtick of 24.8 percentage point (pp) in February 2021 compared to the same period last year. Furthermore, the average room rate has increased by 172.8% from $82 in February 2020 to $223 in February 2021, which led to a RevPAR growth of 11.3% during the same period. Important to mention, that the increase is inflated by valuing the room rates at the official exchange rate of LBP 1,500 for USD.

After a sharp decline in GDP of 20% in 2020, the latest World Bank Lebanon Economic Monitor claimed that the financial and economic crisis is likely to rank in the top 10 most severe crisis episodes globally since the mid-nineteenth century. While this outlook is still considered as a projection for Lebanon’s situation, however, the overall hospitality sector started seeing a timid activity with the start of summer season while corona virus cases stared to decrease and the vaccination rollout faster than previously. Moreover, remarkable reservations have been notified across the Lebanese guest houses and hotels which promote a positive outlook for the upcoming period in Lebanon. 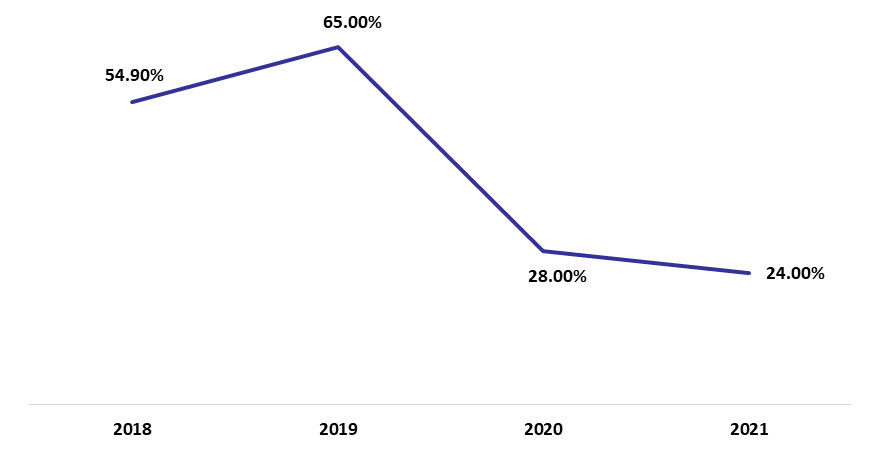