The fuel shortage continues amid higher prices per tank, where Lebanese drivers and civilians have been lining their cars for hours in front of the fuel station over the past month. The shortage has added to the economic crisis despite a result of the existing subsidies. This in turn adds pressure on the cars sector, as Lebanese people are now prioritizing their expenses to essential goods.

The Association of Car Importers in Lebanon (denoted as AIA) recently stated in its automotive report that “As a result of the dramatic Beirut Port Explosion on 4/8/2020 and due to the Covid-19 lockdown, the damages that importers of new cars incurred in their properties are estimated at tens of Million of Dollars. This will lead to the closing down of a number of companies and to the licensing of a large number of their employees and workers”.

More generally, the market has been facing increasing challenges in the last two years mainly resulting from a severe reduction in purchasing power of customers as well as ceasing loans from the Lebanese banks. As a result, passenger cars dropped by 49.07% yearly to 2,036 by June 2021.

We might not expect a rebound in this sector, even if the economic situation gets better, since the Lebanese behavior has changed amid this severe financial crisis, and as they have become more cautious about their spending habits. 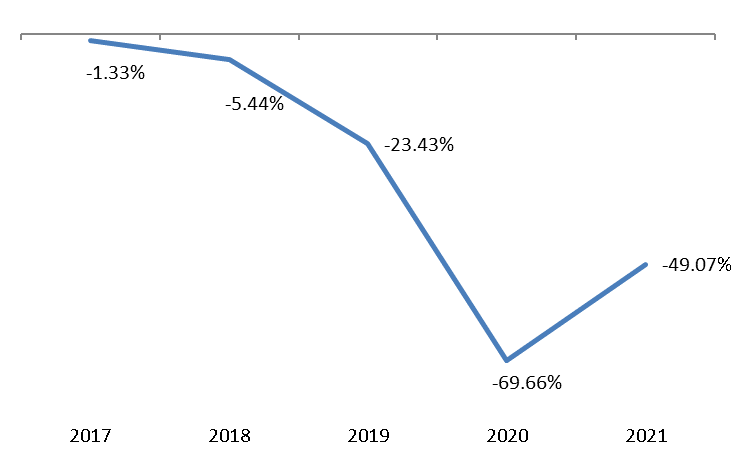